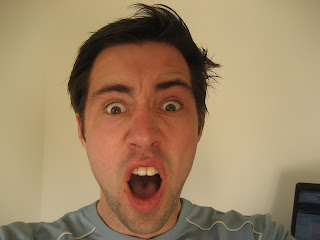 Because of a parasite called Giardia and cryptosporidium here in Oslo, I have now to boil water. To use as drinking water for: food, brushing teeth and so on. We got the message today after I had finished eaten breakfast and brushed my teeth! And they say now that this parasite maybe has been in the water for some days. It will take around one or two week before you will get sick (if you get). I have as usually drunk a lot of water the last days.But I am sure I am not going to get sick:) 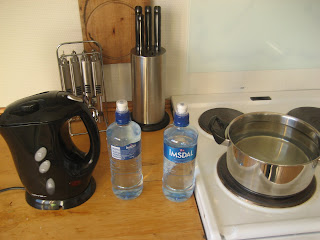 Of course I have bought some water, it was not easy since all the big bottles has been sold out. Think people has a little panic, but I will just boil some and put in the fridge!
Lagt inn av Kay Amund kl. onsdag, oktober 17, 2007 5 kommentarer:

Also my team Godøy ended their season on second place, so next year they are going to play in third division. I am so proud of them, they have done a really good season :)
Under is a team picture of the players that went to Malta before the season 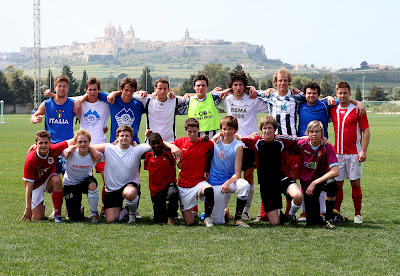 Yesterday I went together with Jan Harald to see Holmenkollen and Vigelandsparken.It was good to be a little tourist in Oslo, and I hope that I will be able to go to a ski jumping contest this winter season. I have here some pictures under. 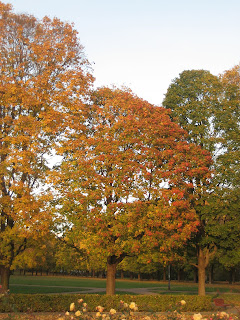 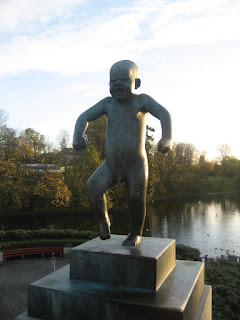 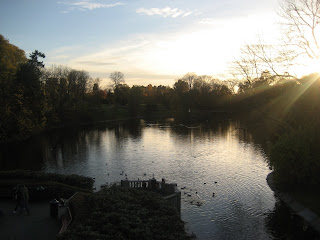 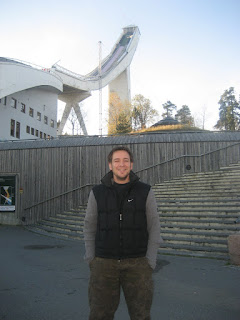 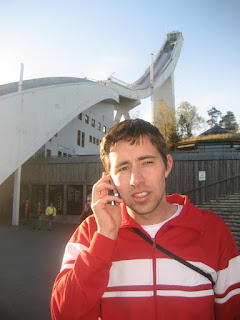 Yesterday I was at a birthday party for a friend of mine, it was really nice to meet so many friends. We had a good time with cakes, salads and just talking.After some hours we decided to play a game, at first it was going to be a card game, but than it changed and we played a game called “Fantasi” in Norwegian. I am not sure about what it is in English, maybe imagination or fantasy. 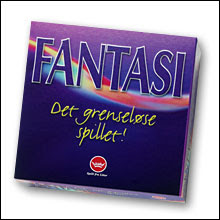 If you do not know this game, I will explain it short: It is a board game, where you have cards with five categories/colours on each card. You play in teams, you role the dices and you land on a colour, and than you are going to mime or draw the thing/name/event that is on your card, and your team have to guess. You have 1 minute on each round. If people do not get what I am trying to mime at first, I am in big trouble, since I am not so good at this game:p

When we where going to decide the teams, one girl said: let’s play boys against girls”. We said ok, since girls is known to play this a lot, and are really good at it, we where the “Underdogs” and had nothing to lose. It was a close game, we changed at having the lead, halfway the girls where leading. But at the end we got the victory. We jumped up and cheered, we where glad:)
So maybe you are reading this, you are maybe wondering: Why does he write about this?Because I thought it was so fun to beat girls in “Fantasi” :)
Lagt inn av Kay Amund kl. tirsdag, oktober 02, 2007 4 kommentarer: